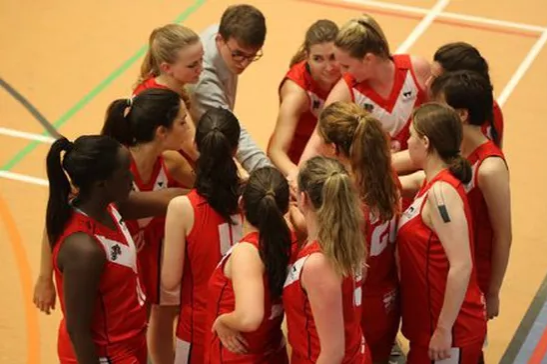 The past week proved extremely successful for all Warwick Bears teams. With all 3 teams in action, we ended up with 3 wins out of 3, with the Men's IIs kicking off their first ever BUCS campaign with an 80-40 victory over Leicester 3, the Women defeating Northampton 72-38, and the Men's I beating Loughborough 2 70-62 to round off the day.

Last week the Men's 2nd Team travelled to Leicester to play their 3rd team in our first BUCS game ever! At first we were unsure about how the game would go. We had no coach available and we worked together to organise ourselves for the game. Upon arrival we were told we had five minutes until the start of the game and this just increased our uncertainty prior to the game. Regardless, it took only a couple of minutes for our confidence to kick in. We took a quick 8 - 0 lead by pressuring the ball and for the start of the game we didn't need to provide much flair at all. We played defence and got into transition. On every level we felt superior, as we were more aggressive, played with a higher intensity and felt more talented too. Led by Pietro and Tale the lead grew and we jumped to a comfortable 15 point lead by the end of the first half. The whole team played tough and everyone on the team scored. We played with ease and controlled the tempo fo the game. We were hitting threes and crashing the glass. The final score was 80 - 40 and there couldn't have been a greater morale booster for our team. Hopefully we will be able to repeat this form all season!

In their home debut this year, the Warwick Women's basketball team won their second game of the season, this time against Northampton by 34 points (72-38). It was a great team performance, with 11 out of 12 players scoring. The girls largely dominated the offensive rebound, allowing them a multitude of second opportunities. They scored over 70 points for the second time this season and are now leading their group with six points and a basket average of +84. With a new team and a new coach, the team is still under construction but is already showing really positive signs.

With the sidelines packed with an expectant crowd, including the victorious Women's 1st team, the scene was set for a classic showdown between two undefeated teams with promotion hopes. Loughborough shot out of the blocks with two successful 3-point attempts in the first minute of play. After a few exchanges with our aggressive half-court pressure man-to-man defence and quick ball rotation on offence, Loughborough were forced to take a timeout 2 minutes into the game. With every second of the timeout passing by, we gained more confidence and any initial fears of playing one of the best Basketball Universities in the country diminished. We were here to win. Despite allowing Loughborough to score five 3-pointers, we finished the first quarter 22 - 18 up.

Unfazed by the incredible shooting performance of the opposition, Head Coach Tom Edwards remained composed as he instructed his troops to continue to pressure the ball on defence and not give up any open shots. With 2nd year undergraduate Chemistry student and Captain, Shaqueil Amon-Ra, scoring 8 additional points in the 2nd period of play, Warwick extended their lead to 6 at half time, to the delight of the loud home-court crowd. Returning from half-time, Warwick continued to apply pressure on the visitor's offence and picked up a number of steals and fast-break points. After a 13-2 run in the first 3 minutes of the quarter, the home-side looked poised for their best win of the season so far. Loughborough did not give up however. After a few cheap shooting fouls and converted free throws, Loughborough clawed back a few points and the quarter ended 52 - 42. The last quarter was a hectic affair with Warwick, at times, struggling to remain calm and giving away a few easy turnovers to a fairly organised full-court zone press. This led to a 2 - 9 run for Loughborough and a close 3 point game. After an inspiring time-out, Warwick came out stronger than ever. With fantastic defensive efforts from body-builder Jacob Bala Tan and 6ft6 veteran Ventsislav Georgiev, Warwick managed to stay in control of the game. Amon-Ra, Georgiev and Bala each scored 5 in the last 5 minutes to secure the important victory.

Thanks to ex-coach James Raddon for coming down and doing the stats!

Big performances from all the teams last week! With all 3 teams in action again this Wednesday in BUCS competition, we're looking for another very successful match day!

Keep an eye out for the results and for the next opportunities to come along and support!!