Blog -> Bears Back on Track 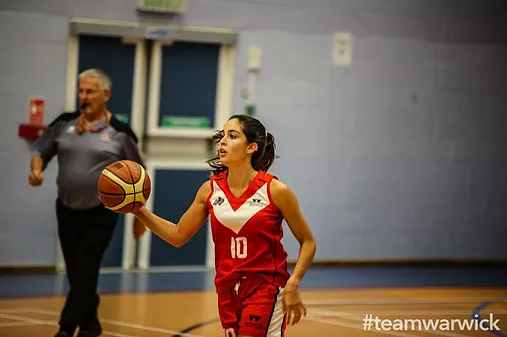 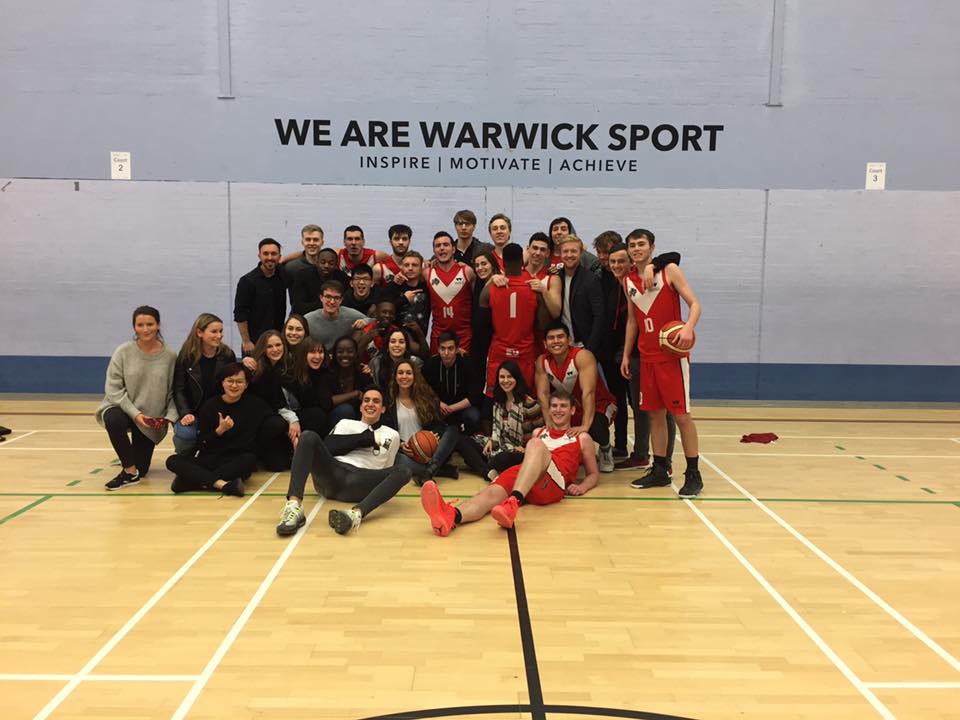 The blog has been out of action for the past couple of weeks but we're back with a bang now!

It's been 3 weeks since we reported last, on fantastic wins against Loughborough 2, Northampton I and Leicester 3. With 7 games having been played over that time, there's a lot to catch up on!

Week 5 saw a slip of fortunes for the Men's teams, as both came up against strong opposition away from home. Men's I travelled to Nottingham Trent, arriving just 5 minutes before tip off, not a fantastic start to proceedings by any means. We were unfortunately unable to ever get up to speed, playing sluggishly throughout the contest, although NTU were never able to fully pull away, winning in the end by 13. We look forward to the reverse fixture to exact our revenge in the new year! Northampton stood in the way of the Men's II. Having not entered a team into BUCS last year, Northampton had been moved down from a much higher division to play in Division 4, and although we put in an admirable effort, Northampton's superior athleticism showed in the 4th quarter as they were able to close the game out.

The Women's I faired better in their match against Leicester I. Match report by Coach Mario:

Veni, Vidi, Vici. Due to massive traffic jams, the women's basketball team arrived 5 minutes before the start of the match in Leicester, without time to warm up. Worry not, they still won 71 to 44. Facing their biggest challenge to date, the defence was solid and they were accurate in attack. The difference was building progressively in the first half and the match was killed in the second half, with nearly 30 points scored in the last quarter. The defence effort was collective and the offensive part was carried by two players: Angela Torres Noblejas and Miruna Dudceac, who scored 47 points between the two. Angela, our point guard, scored 25 points and made the team play delivering over 10 assists. Miruna was on fire from the long distance: she scored six three-pointers out of ten attempts and finished the match with 22 points. She scored two consecutive three-pointers at the end of the third quarter, including a buzzer-beater, and killed the match with three consecutive three pointers in the last quarter. Shout out to Carolina Viana, one of our new players, who scored for the first time this season and contributed to the victory with 10 points as well. The Warwick girls are now leaders with 3 victories and no defeats, and an average of +111. They now concentrate before their next game, against the toughest team of the group, the University of East Anglia.

With the Women sitting out in week 6, the Men were on task to retain their winning ways in the Cup competition. The Men's II played their first ever BUCS home game, facing Leicester 3 just a few weeks after a convincing victory away. With a number of players missing for reading week, including Captain Aviv, all players would need to step up to ensure a victory. Coach Tom Edwards was travelling with the Men's I, so SeeYu stepped up to the side-line to coach. Match report from David Klintstam:

It was our first home game of the season and we wanted to impress on our home court. Given that we had comfortably taken care of Leicester away, we were comfortable that we would take care of business. We started off in commanding fashion by scoring over 20 pts in the first quarter. We quickly made it a double digit lead. Things slowed down on both ends in the 2nd as we slipped up and let them bring within 10 points. With a couple time outs and wake up calls we ended the 1st half on a high note. In the 2nd half we constantly extended our lead and started balling out once the lead was out of reach. Tale Lokvenec put up 20+ followed up by a balanced scoring effort with multiple players putting up double digits. Fellow fresher Theo Ainslie also put in a strong performance on both ends of the floor. An all-round strong team performance puts us in a great position moving onto our first home BUCS League game.

The Men's I also faced a familiar foe, as they once again travelled to Staffordshire. With the journey taking double the amount of time we had planned, we arrived just 15 minutes before tip and only had time for a quick warmup. We had a slow start, but soon our defence started to click and we were able to pull out in front by halftime. Staffordshire's attack was centred around their point guard, so Coach Tom decided to switch to a box and one zone to lock him down. President Jack Thomas performed outstandingly in taking their point guard out of the game, as he went from scoring over 35 the last time we played to not even taking 10 shots. Without their point guard controlling the action, Staffordshire faltered and we pressed home our advantage in the second half. Despite our offence never getting into full swing, we ran away comfortable victors 67-35, thanks in part to Captain Shaq hitting a pair of 4th quarter 3 pointers to take his points total up to 17 for the game to lead the team.

This past week saw the Women's I and Men's II in action at home. The Women's I came up against their toughest challenge yet in the form of UEA, the only other undefeated team in the group at that stage. Match report from Coach Mario:

Wednesday's match was crucial for the women's team. They played East Anglia, second team in their league and their biggest rival in their run for the title. It was important to win and put some distance between the two teams. The match was tough and rough, as expected, with little separating the teams. The home team defended outstandingly and it made the difference, allowing only 34 points against one of the best offensive teams in the league.

It started quite tight, with a 3-3 score in the first minutes of first quarter that was broken by a three-pointer for Joella Appiah. The quarter ended up with a low score, 9-4. In the two following quarters, the big collective defensive effort and three really good offensive actions from Joella Appiah, Angela Torres Noblejas and Chaoyi He, gave the team a comfortable lead of 18 points with a quarter left to play. A mix of relaxation, nerves and easy misses gave life to East Anglia, which managed to cut the lead back to only seven points with less than two minutes to play. The home public supported the team in that difficult moment and it responded with rage: an and one from Angela Torres, followed in the next play by a defensive steal from Matea Fadiga and a three-pointer from Miruna Dudceac brought the lead back to thirteen points with less than 80 seconds to play. 5 points scored in less than 30 seconds: the match was killed.

The match ended up with a score of 47 to 34. It is now 4-0 for the girls, who are leading their division alone and wish to maintain their winning streak in the cup next week.

The Men's II followed the strong performance of the women with a comfortable 80-44 win. The starting 5 started off strong, leading the team out to an early lead. The replacements did not let up, pushing the pace and taking a big lead into half time. The barrage did not let up in the second half, as the senior players helped take the game out of reach, with multiple 3 pointers from Aviv Levin and David Klintstam, and Jacob Scott's trade mark hustle. Rookies Tale Lokvenec and Theo Ainslie played their part too, being able to turn our defensive pressure into points. The game was capped off by Coach Tom's debut! He is working his way back from injury and this game marks a fantastic step on the way back, as he grabbed a ton of rebounds and also managed to get on the score sheet in limited minutes! Overall another very convincing performance by the Men's II!

With Cup week up next Wednesday, the Men's I will face a tough match playing local rivals Coventry I away, while the Men's II face Leicester I away, a team 2 divisions above them. The Women's I will be facing Aston I away as well!

With tough matches across the board we will need our best to pull through!!